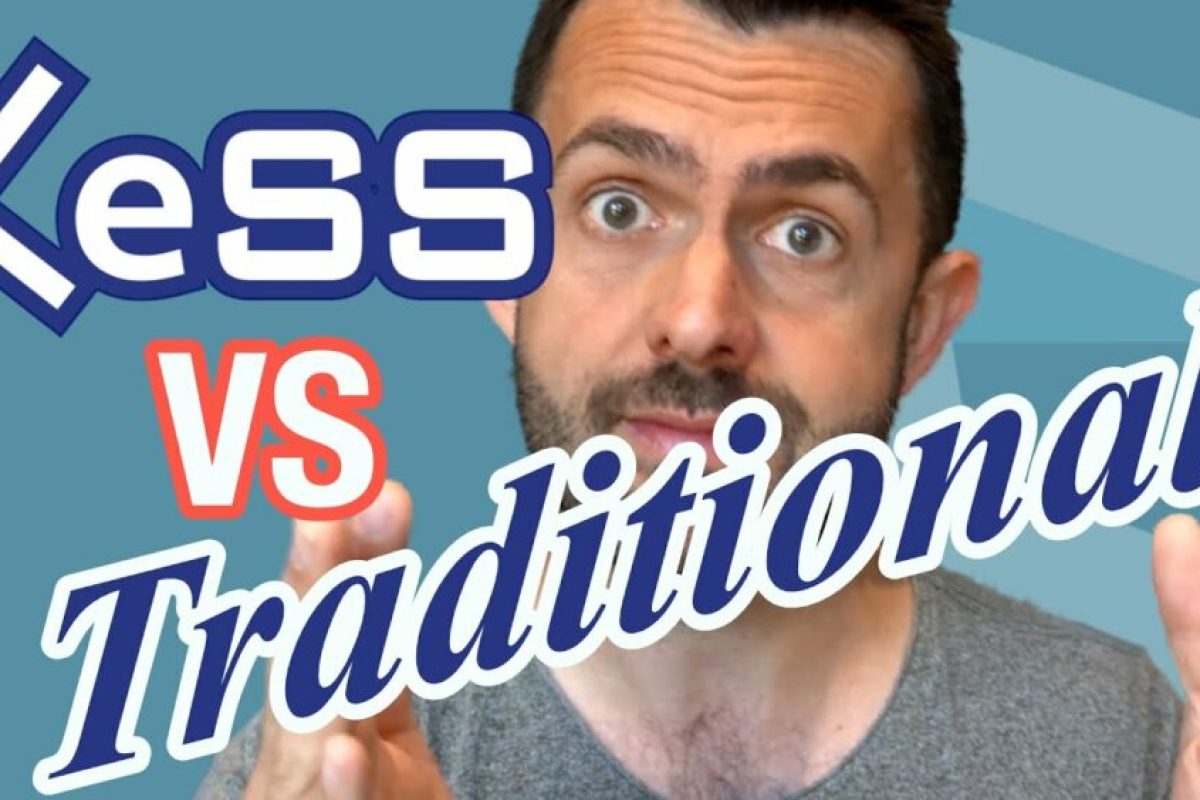 Traditional Project Management built around big batch, up-front planning, thrived in the 19th and 20th centuries but tends to fall over whenever we enter volatile, uncertain, complex and ambiguous environments. Simply put, waterfall project management battles to deal with the complexities of the 21st Century. So how is Large Scale Scrum (LeSS) different to traditional project management?

In this video and podcast, I walk you through those differences and demonstrate how LeSS is custom designed for the 21st Century.

If not, how do they differ from traditional project management?

Now projects are widely used and rather brilliant in some situations.

With projects, we are trying to control something. We are trying to fix certain variables and increase our confidence that we can do something in a specific time for a specific cost, and with a certain thing delivered at the end.

Dare I say the word scope?

As we know in the domains of technology and software, and even complex domains outside of tech, trying to control things in this way rarely turns out exactly how we had predicted.

And the reason for this is because as we start going through the tasks, working towards this list of scope items that we’ve decided on, we learn things.

And as we learn things and we kind of want to adapt or must adapt in some situations.

So, when we are thinking about traditional project management, we are speaking of trying to predict what is going to happen. Some say this is a rather arrogant approach because it assumes that we can know the unknown and effectively predict all the unknown variables.

Often, you find that learning is avoided in this style of management.

We don’t want to learn too much if we’re delivering a project, if we want to keep to those golden three things that we defined at the beginning.

You have a scope, a timeframe, and a budget.

And I’m aware that there are always exceptions, but this approach to project management,

this perhaps rather arrogant approach to project management, we know doesn’t work since Winston Royce came up with the waterfall approach.

And we based our projects around this tiered structure of the production of artefacts and delaying the verification of a hypotheses – what we think is going to happen – leaving it to the end.

And we know that that’s worked increasingly ineffectively, so LeSS is a different approach to that.

And the same goes for LeSS Huge.

We accept that we will learn.

And because of that, we embrace Scrum and empirical process control because we know

that as we learn, we will want things to change.

Let’s execute upon that plan.

Let’s learn how we go.

Let’s not fall into the trap of thinking that what we would do at the beginning will be exactly what we will get at the end.

And as we focus more on these things, any attempt to define a date upfront, or a budget, or a list of scope items will generally fail.

LeSS embraces that we must get organisations and teams and collections of teams and teams of teams, however you wish to phrase it.

And LeSS is designed for this.

LeSS is designed for learning and for adaptability.

LeSS is designed to always make sure we can find the most valuable things by having a single Product Backlog so that we can embrace the fact that things will change.

In LeSS we accept that every team is unique, and every organisation is unique.

So, we allow them to find their own way of doing these things and build them up, add little bits of a LeSS framework if I feel they really need to.

So, comparisons between traditional project management and LeSS and LeSS Huge, are always going to be flawed because they’re designed for very different things.

And I’m not saying that projects have no place.

But in the modern world that we found ourselves in, when we are embracing teams and we want to adapt and we want to increase transparency and flexibility and adaptability, then we should choose frameworks like LeSS, which are designed for that.

Minimise the number of projects that we’re doing.

I think that in LeSS environments, having people who have those skills and experience can be invaluable.

So, I am not beating up on anybody here.

I just wanted to make clear that LeSS and LeSS Huge and traditional project management, they’re not the same thing.

And they’re used for different purposes.

Let me know what you think I’d love to know.

More from our blog